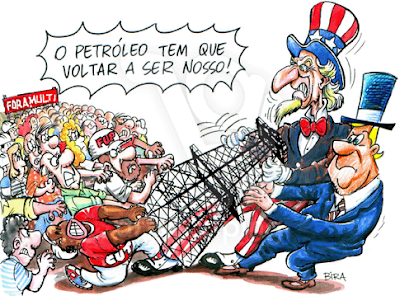 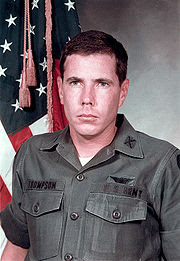 Hugh Thompson as a Captain after being commissioned

Hugh C. Thompson, Jr. (April 15, 1943 – January 6, 2006) was a U.S. Army helicopter pilot during the Vietnam War. He is chiefly known for his role in curtailing the My Lai Massacre, in which several hundred unarmed civilians were killed by soldiers of the U.S. Army.

Born in Atlanta, Georgia, Thompson grew up in rural Stone Mountain, Georgia to strict parents.[1] After dropping out of Troy State University, he volunteered for the US Navy in 1961 and served with a Seabee construction unit from 1961 to 1964. After his enlistment was up he returned home to Georgia and ran a funeral home. Having always wanted to fly, he joined the US Army in 1966 and trained to become a helicopter pilot at Fort Walters and Rucker. He arrived in Vietnam in late December 1967, and joined the 161st Assault Helicopter Company, which was reorganized into the 123rd Aviation Battalion of the Americal Division in January 1968. Known as an aggressive and exceptional pilot, Warrant Officer One Thompson flew an OH-23 Raven observation helicopter as part of B Company (the "Warlords"). On March 16, 1968 he and his crew were supporting Task Force Barker (a battalion-sized element of the Americal) in a reconnaissance capacity. Serving as one door-gunner was his crew chief, Specialist Four Glenn Andreotta and as the other was Specialist Four Lawrence Colburn. All three men received recognition for their heroism at My Lai, although Andreotta died in combat three weeks after the event.

In the early morning hours of March 16, 1968, Thompson's OH-23 encountered no enemy fire over My Lai 4. Spotting two possible Viet Cong suspects, he forced the Vietnamese men to surrender and flew them off for a tactical interrogation. Thompson also marked the location of several wounded Vietnamese with green smoke, a signal that they needed help.

Returning to the My Lai area at around 0900 after refueling, he noticed that the people he had marked were now dead. Out in a paddy field beside a dike 200 meters south of the village, he marked the location of a wounded young Vietnamese woman. Thompson and his crew watched from a low hover as Captain Ernest Medina (C Company Commander, 1st Battalion, 20th Infantry Regiment) came up to the woman, prodded her with his foot, and then shot and killed her.

Thompson then flew over an irrigation ditch filled with dozens of bodies. Shocked at the sight, he radioed his accompanying gunships, knowing his transmission would be monitored by many on the radio net: "It looks to me like there's an awful lot of unnecessary killing going on down there. Something ain't right about this. There's bodies everywhere. There's a ditch full of bodies that we saw. There's something wrong here."[2]

Movement from the ditch indicated to Thompson that there were still people alive in there. Thompson landed his helicopter and dismounted. David Mitchell, a sergeant and squad leader in 1st Platoon, C Company, walked over to him. When asked by Thompson whether any help could be provided to the people in the ditch, the sergeant replied that the only way to help them was to put them out of their misery. Second Lieutenant William Calley (1st Platoon Leader, C Company) then came up, and the two had the following conversation:[3]

Thompson took off again, and Andreotta reported that Mitchell was now executing the people in the ditch. Furious, Thompson flew over the northeast corner of the village and spotted a group of about ten civilians, including children, running toward a homemade bomb shelter. Pursuing them were soldiers from the 2nd Platoon, C Company. Realizing that the soldiers intended to murder the Vietnamese, Thompson landed his aircraft between them and the villagers. Thompson turned to Colburn and Andreotta and told them that if the Americans began shooting at the villagers or him, they should fire their M60 machine guns at the Americans:[4] "Y'all cover me! If these bastards open up on me or these people, you open up on them. Promise me!" He then dismounted to confront the 2nd Platoon's leader, Stephen Brooks. Thompson told him he wanted help getting the peasants out of the bunker:[5]

Brooks declined to argue with him, even though as a commissioned officer he outranked Thompson.

After coaxing the 11 Vietnamese out of the bunker, Thompson persuaded the pilots of the two UH-1 Huey gunships (Dan Millians and Brian Livingstone) flying as his escort to evacuate them. While Thompson was returning to base to refuel, Andreotta spotted movement in an irrigation ditch filled with approximately 100 bodies. The helicopter again landed and the men dismounted to search for survivors. After wading through the remains of the dead and dying men, women and children, Andreotta extracted a live boy. Thompson flew the survivor to the ARVN hospital in Quang Ngai.

Upon returning back to their base at about 1100, Thompson heatedly reported the massacre to his superiors. His allegations of civilian killings quickly reached Lieutenant Colonel Frank Barker, the operation's overall commander. Barker radioed his executive officer to find out from Captain Medina what was happening on the ground. Medina then gave the cease-fire order to Charlie Company to "knock off the killing".

Thompson made an official report of the killings, and was even interviewed by Colonel Oran Henderson, the commander of the 11th Infantry Brigade (the parent organization of the 20th Regiment). Concerned, senior Americal officers cancelled similar planned operations by Task Force Barker against other villages (My Lai 5, My Lai 1, etc.) in Quang Ngai Province, possibly preventing the additional massacre of hundreds, if not thousands, of Vietnamese civilians. [6]

Initially, commanders throughout the Americal's chain of command were successful in covering up the My Lai Massacre. Somewhat perversely, Thompson quickly received the Distinguished Flying Cross for his actions at My Lai. The citation for the award fabricated events and praised Thompson for taking to a hospital a Vietnamese child "caught in intense crossfire" and said that his "sound judgment had greatly enhanced Vietnamese-American relations in the operational area." Thompson threw the citation away.

Thompson continued to fly observation missions in the OH-23 Raven and was hit by enemy fire a total of eight times. In four of those instances, his aircraft was lost.[7] In the last incident, his helicopter was brought down by enemy machine gun fire, and he broke his back in the resulting crash landing. This ended his combat career in Vietnam, and he was evacuated to a hospital in Japan and began a long period of rehabilitation. He carried psychological scars from his service in Vietnam for the rest of his life.

When news of the massacre publicly broke, Thompson repeated his account to then-Colonel William Wilson and then-Lieutenant General William Peers during their official Pentagon investigations. In late 1969, Thompson was summoned to Washington DC and appeared before a special closed hearing of the House Armed Services Committee. There, he was sharply criticized by Congressmen, in particular Chairman Mendel Rivers (D-SC), who were anxious to play down allegations of a massacre by American troops. Rivers publicly stated that he felt Thompson was the only soldier at My Lai who should be punished (for turning his weapons on fellow American troops) and unsuccessfully attempted to have him court-martialed. As word of his actions became publicly known, Thompson started receiving hate mail, death threats and mutilated animals on his doorstep.[8]

After his Vietnam service, Thompson was assigned to Fort Rucker, Alabama to become an instructor pilot and later got his direct commission. His other military assignments included: Fort Jackson, South Carolina; Korea; Fort Ord, California; Fort Hood, Texas; and bases in Hawaii. He retired from the military in 1983.

Exactly thirty years after the massacre, Thompson, Andreotta, and Colburn were awarded the Soldier's Medal (Andreotta posthumously), the United States Army's highest award for bravery not involving direct contact with the enemy. "It was the ability to do the right thing even at the risk of their personal safety that guided these soldiers to do what they did," then-Major General Michael Ackerman said at the 1998 ceremony. The three "set the standard for all soldiers to follow." Additionally on March 10, 1998, Senator Max Cleland (D-GA) entered a tribute to Thompson, Colburn and Andreotta into the record of the U.S. Senate. Cleland said the three men were, "true examples of American patriotism at its finest."[9]

Thompson and Colburn at the My Lai monument in 1998

Also in 1998, Thompson and Colburn returned to the village of My Lai, where they met some of the villagers they rescued, including Thi Nhung and Pham Thi Nhanh, two women who had been part of the group that was about to be killed by Brooks' 2nd Platoon.[10]

They also dedicated a new elementary school for the children of the village.

In 1999, Thompson and Colburn received the Peace Abbey Courage of Conscience Award. Later that year, both men served as co-chairs of STONEWALK, a group that pulled a one-ton rock engraved "Unknown Civilians Killed in War" from Boston to Arlington National Cemetery.

In a 2004 interview with "60 Minutes," Thompson was quoted referring to C Company's men involved in the massacre: "I mean, I wish I was a big enough man to say I forgive them, but I swear to God, I can't."

In 2005, he retired from Louisiana Veterans Affairs. At the age of 62, after extensive cancer treatment, Thompson was removed from life support and died on January 6, 2006 at the Veterans Affairs Medical Center in Alexandria, Louisiana. Lawrence Colburn came from Atlanta, Georgia to be at his bedside. Thompson was buried in Lafayette, Louisiana, with full military honors, including a three-volley salute and a helicopter flyover. On February 8, 2006, Congressman Charles Boustany (R-LA) made a statement in Congress honoring him, stating that the "United States has lost a true hero, and the State of Louisiana has lost a devoted leader and dear friend".[12]

Folk singer David Rovics wrote a song about the incident at My Lai called 'Song for Hugh Thompson'.

Ryan Costello of The OaKs wrote a song commemorating Hugh Thompson's heroism in 'For Hugh Thompson, Who Stood Alone.' on the album 'Our Fathers and the Things They Left Behind'.

Wikiquote has a collection of quotations related to:
Hugh Thompson, Jr. 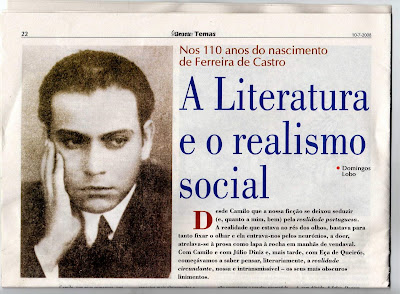