Constranger do remorso a interna luta,
Apagar do rubor a interna chama;
Acrescentar do luxo a sede bruta,
Cos encómios que aumenta a voz da fama,

Thomas Gray's "Elegy Written in a Country Churchyard" was first published in 1751. Gray may, however, have begun writing the poem in 1742, shortly after the death of his close friend Richard West. An elegy is a poem which laments the dead. Gray's "Elegy Written in a Country Churchyard" is noteworthy in that it mourns the death not of great or famous people, but of common men. The speaker of this poem sees a country churchyard at sunset, which impels him to meditate on the nature of human mortality. The poem invokes the classical idea of memento mori, a Latin phrase which states plainly to all mankind, "Remember that you must die." The speaker considers the fact that in death, there is no difference between great and common people. He goes on to wonder if among the lowly people buried in the churchyard there had been any natural poets or politicians whose talent had simply never been discovered or nurtured. This thought leads him to praise the dead for the honest, simple lives that they lived.
.
Gray did not produce a great deal of poetry; the "Elegy Written in a Country Churchyard," however, has earned him a respected and deserved place in literary history. The poem was written at the end of the Augustan Age and at the beginning of the Romantic period, and the poem has characteristics associated with both literary periods. On the one hand, it has the ordered, balanced phrasing and rational sentiments of Neoclassical poetry. On the other hand, it tends toward the emotionalism and individualism of the Romantic poets; most importantly, it idealizes and elevates the common man.

Lines 1-4:
In the first stanza, the speaker observes the signs of a country day drawing to a close: a curfew bell ringing, a herd of cattle moving across the pasture, and a farm laborer returning home. The speaker is then left alone to contemplate the isolated rural scene. The first line of the poem sets a distinctly somber tone: the curfew bell does not simply ring; it "knells"—a term usually applied to bells rung at a death or funeral. From the start, then, Gray reminds us of human mortality.
.
Lines 5-8:
The second stanza sustains the somber tone of the first: the speaker is not mournful, but pensive, as he describes the peaceful landscape that surrounds him. Even the air is characterized as having a "solemn stillness."
.
Lines 9-12:
The sound of an owl hooting intrudes upon the evening quiet. We are told that the owl "complains"; in this context, the word does not mean "to whine" or "grumble," but "to express sorrow." The owl's call, then, is suggestive of grief. Note that at no point in these three opening stanzas does Gray directly refer to death or a funeral; rather, he indirectly creates a funereal atmosphere by describing just a few mournful sounds.
.
Lines 13-16:
It is in the fourth stanza that the speaker directly draws our attention to the graves in the country churchyard. We are presented with two potentially conflicting images of death. Line 14 describes the heaps of earth surrounding the graves; in order to dig a grave, the earth must necessarily be disrupted. Note that the syntax of this line is slightly confusing. We would expect this sentence to read "Where the turf heaves"—not "where heaves the turf." Gray has inverted the word order. Just as the earth has been disrupted, the syntax imitates the way in which the earth has been disrupted. But by the same token, the "rude Forefathers" buried beneath the earth seem entirely at peace: we are told that they are laid in "cells," a term which reminds us of the quiet of a monastery, and that they "sleep."
.
Lines 17-20:
If the "Forefathers" are sleeping, however, the speaker reminds us that they will never again rise from their "beds" to hear the pleasurable sounds of country life that the living do. The term "lowly beds" describes not only the unpretentious graves in which the forefathers are buried, but the humble conditions that they endured when they were alive.
.
Lines 21-24:
The speaker then moves on to consider some of the other pleasures the dead will no longer enjoy: the happiness of home, wife, and children.
.
Lines 25-28:
The dead will also no longer be able to enjoy the pleasures of work, of plowing the fields each day. This stanza points to the way in which the "Elegy Written in a Country Churchyard" contains elements of both Augustan and Romantic poetry. Poetry that describes agriculture—as this one does—is called georgic. Georgic verse was extremely popular in the eighteenth century. Note, however, that Gray closely identifies the farmers with the land that they work. This association of man and nature is suggestive of a romantic attitude. The georgic elements of the stanza almost demand that we characterize it as typical of the eighteenth century, but its tone looks forward to the Romantic period.
.
Lines 29-32:
The next four stanzas caution those who are wealthy and powerful not to look down on the poor. These lines warn the reader not to slight the "obscure" "destiny" of the poor—the fact that they will never be famous or have long histories, or "annals," written about them.
.
Lines 33-36:
This stanza invokes the idea of memento mori (literally, a reminder of mortality). The speaker reminds the reader that regardless of social position, beauty, or wealth, all must eventually die.
.
Lines 37-40:
The speaker also challenges the reader not to look down on the poor for having modest, simple graves. He suggests, moreover, that the elaborate memorials that adorn the graves of the "Proud" are somehow excessive. In this context, the word "fretted" in line 39 has a double meaning: on the one hand, it can refer to the design on a cathedral ceiling; on the other hand, it can suggest that there is something "fretful," or troublesome, about the extravagant memorials of the wealthy.
.
Lines 41-44:
The speaker observes that nothing can bring the dead back to life, and that all the advantages that the wealthy had in life are useless in the face of death. Neither elaborate funeral monuments nor impressive honors can restore life. Nor can flattery in some way be used to change the mind of death. Note here Gray's use of personification in characterizing both "flattery" and "death"—as though death has a will or mind of its own.
.
Lines 45-48:
The speaker then reconsiders the poor people buried in the churchyard. He wonders what great deeds they might have accomplished had they been given the opportunity: one of these poor farmers, the speaker reasons, might have... » Complete Elegy Written in a Country Churchyard Summary
.
http://www.enotes.com/elegy-written
.
Publicada por Victor Nogueira à(s) segunda-feira, dezembro 27, 2010 Sem comentários: 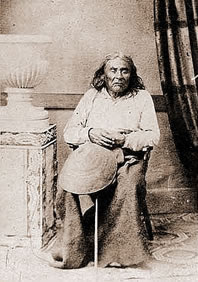 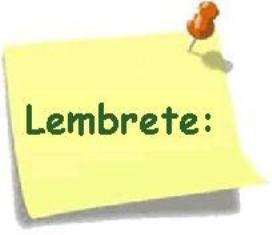 What Child Is This