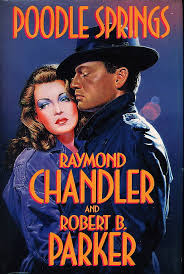 I’m generally not a fan of continuations or parallel novels where one author attempts to complete or extend the work of another. Very few such works earn any kind of critical acclaim; I think Jean Rhys’ Wide Sargasso Sea, a prequel to Jane Eyre that tells the story of Rochester’s first wife before madness overtakes her, is the only one I’ve read that is considered a strong work of literature in its own right, and it was more a work of social criticism than a narrative.
Continuations are, in my view, tougher than “authorized” sequels or prequels, because they stitch together two different prose styles and require the second writer to guess at the intended direction of the first – or to ignore it altogether. I’ve read the most popular continuation of Jane Austen’s unfinished novel Sanditon

* and found it utterly lifeless; where even a bad Austen novel has its memorable moments, usually humorous ones, all I recall of the completed Sanditon is a lot of walking around on the rocks.
*It’s funny how often these final, unfinished novels are proclaimed by fans of the authors in question as potentially the authors’ best work; you’ll certainly hear howSanditon, which Austen abandoned after eleven chapters due to ill health, signaled a new direction for her writing, blah blah blah – just look at the unsourced praise in the Wikipedia entry on the book. This is nearly always wishful thinking on the part of fans, combined with the fact that a fragment of a novel is miles away from a completed book.
This is the long way of telling you that I entered Poodle Springs

, in which Robert Parker (creator of the Spenser character) starts with the four short chapters left behind by Raymond Chandler and builds a Philip Marlowe novel on that scant foundation, with some skepticism. Chandler is, in my view, a prose master (although novelist Martin Amis would disagree), and his style is often imitated but never matched. Take the sparse, clipped phrasings of Hammett and add some of the greatest similes ever put to paper and you might build a reasonable fake, but Chandler’s writing remains unique in this or any genre. I gave Poodle Springs a fair shake, but at the end of the day it is just a nice detective novel, nowhere close to any of the five Marlowe books I’ve read.
Chandler’s four chapters include a shocking opener – Marlowe is married to Linda Loring, who first appeared in The Long Goodbye

and seems as ill-fitting a wife for the loner detective as any candidate. They’ve moved to a tony California hamlet called Poodle Springs, but Marlowe insists on earning his own living rather than becoming a kept man for his wealthy bride. He’s approached by the proprietor of a local casino of dubious legality, at which point Parker takes over. He wisely dispenses with the Loring subplot (if we can even call it that) for much of the book and focuses instead on the crime story, one that has the typical hallmarks of hard-boiled detective fiction (small number of characters in a tangled web) but with a leering crudeness that is horribly out of place in a Marlowe novel, and prose that simply can’t match the master’s:


There was a big clock shaped like a banjo on the wall back of the receptionist. It ticked so softly it took me a while to hear it. Occasionally the phone made a soft murmur and the receptionist said brightly, “Triton Agency, good afternoon.” While I was there she said it maybe 40 times, without variation. My cigarette was down to the stub. I put it out in the ashtray and arched my back, and while I was arching it in came Sondra Lee. She was wearing a little yellow dress and a big yellow hat. She didn’t recognize me, even when I stood up and said, “Miss Lee.”

That’s a lot of words without telling us anything at all. The waiting room in question has no relevance in the story. Chandler doesn’t normally waste the reader’s time like that, nor does prose ever have that choppy sound like ever period is an obstacle you hit at full speed. Parker occasionally hits with a good metaphor – “Hollywood Boulevard looked like it always did in the morning, like a hooker with her make-up off” – although even that one would never have come out of Chandler’s pen.
Parker’s plot revolves around a bigamist, some nude pictures, and a few people with behavioral issues, standard stuff for this sort of novel, but his obsession with sex borders on the puerile, at least compared to the subtle approach of Chandler, where sex is always under the surface but never out in the open. An exhibitionist wife bares all to Marlowe – who passes because he’s married, so really, what was the point of this? – and we get too much about Marlowe in the boudoir with Linda when she’s not involved in the plot at all, including a tacked-on ending that feels like a nod to Chandler’s stillborn introduction.
Which gets back to the fundamental problem with Poodle Springs: It seems likely that Chandler never intended to finish this book. Marlowe probably shouldn’t be married, and certainly shouldn’t be married to Linda Loring. Perhaps these four chapters were just Chandler exploring an idea; perhaps he realized it wasn’t going to work. Perhaps it was his own depression after the death of his wife Cissy that led him to put Marlowe into a marriage. (He only finished one novel after her death, Playback, which I haven’t read but which seems to be considered his worst completed work.) The continuation of Poodle Springs was a commercial success, but the positive reviews of the time that claim that “you can’t see the seam where Chandler stopped and Parker picked up the pen” are an insult to fans of the master’s work.
Next up: A Finnish novel, Arto Paasilinna’s The Year of the Hare